The people beyond the poaching offender survey - Sept 2020  Published Popular 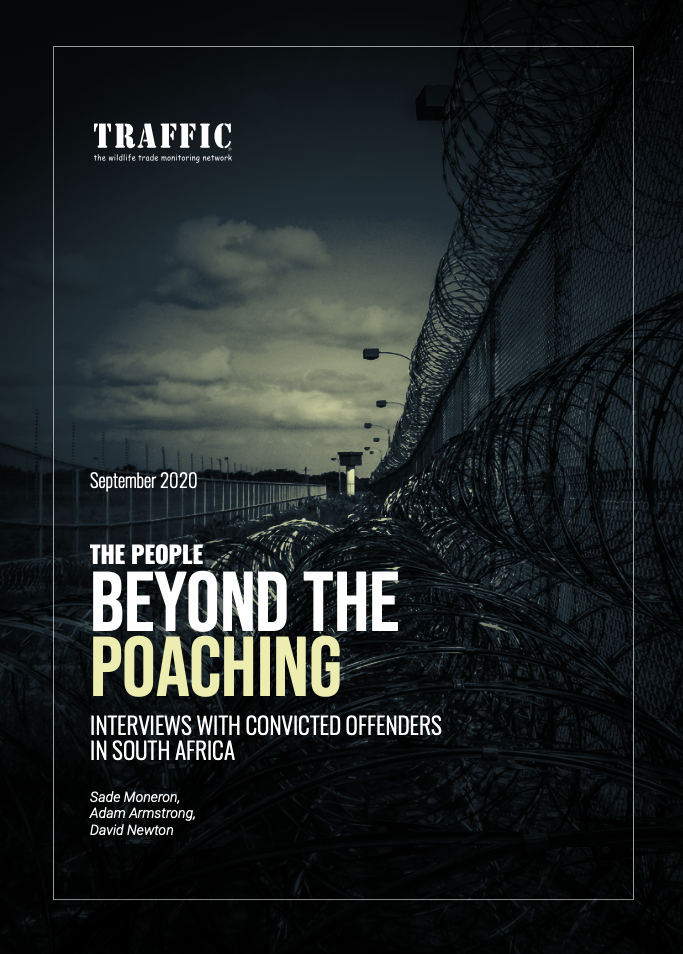 Interventions to combat crime, especially the illegal trade in wildlife for commercial purposes, have placed strong emphasis on traditional regulatory measures such as proactive enforcement and detection efforts. Based on the call for a more nuanced understanding of illegal wildlife trade and why individuals engage in these activities, this study interviewed 73 convicted wildlife offenders incarcerated in 25 of South Africa’s correctional centres. The focus of the study was to develop a deeper understanding of the demographics of offenders and the factors that influenced or rationalised their engagement in illegal wildlife trade.

This study found that the majority of the interviewed offenders participated in the initial activities of the illicit supply chain specifically the poaching of the commodity while a smaller number of offenders participated in other activities such as the transport, processing and storage, and the sale of the commodities to domestic or international buyers or intermediaries. The wildlife commodities targeted by the offenders included abalone, cycads, and rhino horn. Most offenders had low education levels, were either unemployed or informally employed prior to their involvement, and all offenders cited multiple socioeconomic factors influencing or rationalising their decision to engage in illegal wildlife trade. These included income generation, opportunity, normalisation (contested illegality), the lack of state legitimacy and a skewed perception of the risks or consequences