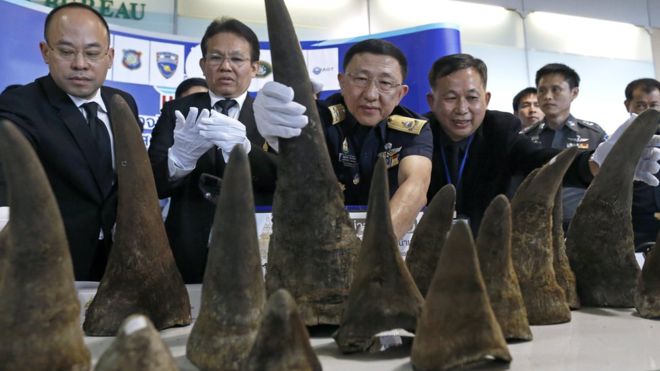 Twenty-one rhino horns worth an estimated $5m have been seized in Thailand after being found in luggage sent from Ethiopia in the biggest such haul in years.

The seizure comes days after 300kg of elephant ivory was also impounded in the country.

Thailand is seen as a transit point for the illegal trafficking of wildlife.

Several species of rhino are at critical risk of extinction, conservationists say.