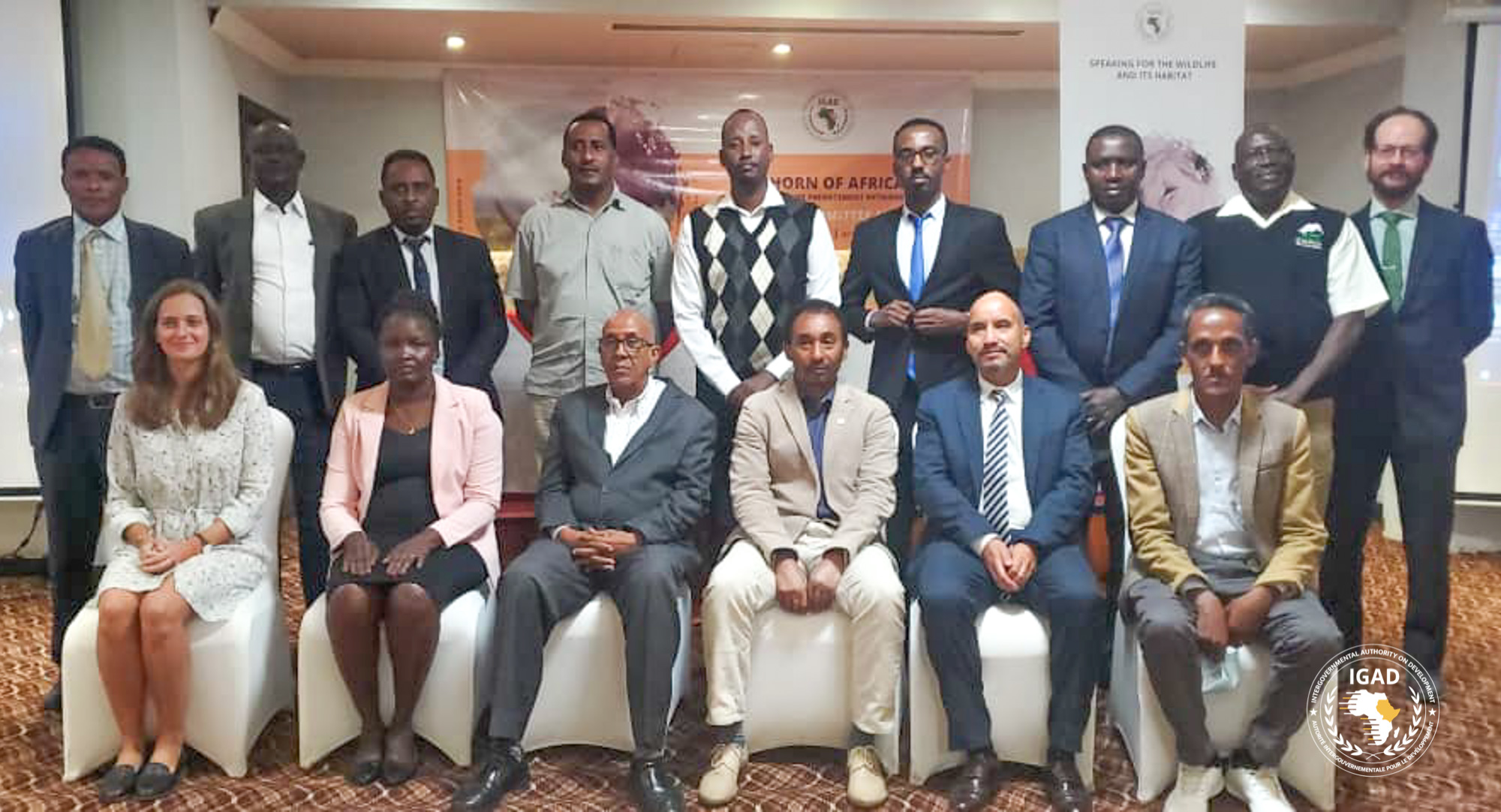 October 29, 2021 (ADDIS ABABA): The Horn of Africa Wildlife Enforcement Network (HAWEN) of the Intergovernmental Authority on Development (IGAD) convened its Executive Committee for their 4th meeting.

The objectives of the meeting were:

To review the status of implementation of the recommendations of the 3rd Executive Committee meeting that took place in March 2020; To introduce and endorse the legal harmonization for wildlife protection in the Horn of Africa proposal in collaboration with the Convention on Migratory Species (CMS), the Cheetah Conservation Fund (CCF) and Legal Atlas;

To consider a proposal to adopt a Protocol on Transfrontier Conservation Areas (TFCA) for IGAD;

To introduce and discuss with the Member States the concept note for operationalizing the HAWEN Secretariat and implementing the HAWEN Action Plan (5 years plan).

In his opening remarks, Dr Eshete Dejen of IGAD warned that If the illegal trade in wildlife was left unabated, it would “definitely lead to the extinction of many species of wildlife including elephants, rhinos, pangolins, cheetahs, leopards, and likely other species within decades”. “Also, I would like to take this opportunity to express my sincere thanks to our colleagues at IGAD and our key partners and donors, in particular the United Nations Office on Drugs and Crime funding this meeting with the financial support from the European Union”, he added.

At the end of the two-day meeting:

recommendations were developed and approved by the Executive Committee

a legal Harmonization Proposal on wildlife matters was introduced and endorsed

the concept note for further dissemination to donors and partners was reviewed and will be shared with the Executive Committee members for final approval.